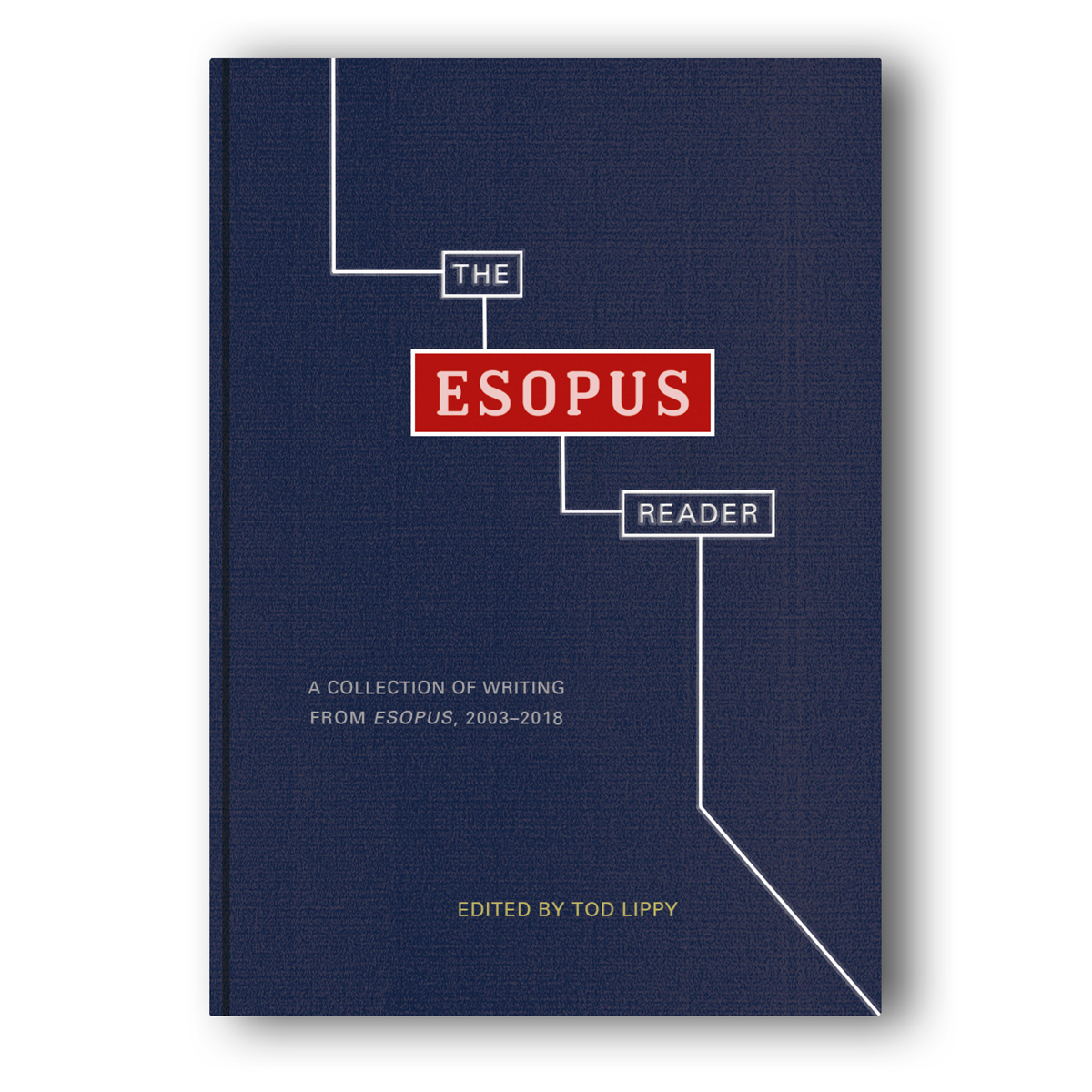 Please select from the following options:

The Esopus Reader’s contents include all 11 installments of Esopus’s “New Voices” series, which featured fiction written by never-before-published authors, many of whom have since gone on to publish novels and short-story collections with major imprints, including Stuart Nadler (The Inseparables, Little, Brown), Vivien Shotwell (Vienna Nocturne, Random House), and Lev AC Rosen (Camp, Little, Brown—soon to be an HBO Max movie directed by and starring Billy Porter).

Also included are essays by creators from a wide range of disciplines who explore particular aspects of their creative process. In “Haunted,” choreographer Christopher Wheeldon details the challenges of crafting a series of ballets to the work of composer Györgi Ligeti. In “Cuoca,” acclaimed chef Jody Williams (Via Carota, Buvette) relates her experience of learning the basics of Italian cooking at a renowned restaurant in Reggio Emilia. Composer Anthony Cheung expounds upon the challenges and rewards of contemporary musical composition in “New Colors.” In “On the Value of Literature,” author Karl Ove Knasugaard (My Struggle) convincingly answers his own question: “Why books, sentences, words?” Architect Michael Arad recounts the process of realizing his design for the 9/11 Memorial in “Submission 790532,” and in “Light Unseen,” legendary lighting designer Jennifer Tipton makes a convincing case for the consideration of her discipline as an art form in its own right.

The book also includes in-depth interviews with playwright and filmmaker Kenneth Lonergan (who revisits a series of illustrated, hand-typed science-fiction novels he wrote as a 10-year-old); literary translator Ann Goldstein (who offers a fascinating glimpse into her process of translating authors such as Elena Ferrante, Pier Paolo Pasolini, and Primo Levi); actor Lisa Kudrow and writer/director Michael Patrick King (who go into detail about their work on the first season of the critically lauded HBO series The Comeback); game designer Raphael van Lierop (The Long Dark); and the late mathematician John Conway, who muses upon the intersection of rationality and aesthetics in the model-building he would frequently employ when working on a new theorem.

Other contributions to The Esopus Reader include poetry by Jessica Rae Elsaesser, Nicole Sealey, Chantal Bizzini, and artist/musician Lonnie Holley; three theatrical monologues by playwright Stephen Adly Guirgis; provocative reflections on subjects including ice cream truck music (“Soft Serve” by Daniel T. Neely) and the influence of Ouija boards on creativity (“Spellbound” by Mitch Horowitz); a methodical survey of the changing perceptions of Nostradamus over 500 years (“Searching for Nostradamus” by Stéphane Gerson); and a deep dive into the composition of “soundtracks” for television news during the Iraq War (“Music at 6” by film composer Carter Burwell).